RCEP officially takes effect, what are the benefits for companies and consumers? What is the impact on world trade?

Home/Blog/RCEP officially takes effect, what are the benefits for companies and consumers? What is the impact on world trade?
Previous

RCEP officially takes effect, what are the benefits for companies and consumers? What is the impact on world trade?

On January 1, 2022, after 8 years and 31 rounds of formal negotiations, the RCEP officially came into effect. The first batch of countries to take effect include 6 ASEAN member states and 10 countries including China, Japan, Australia, and New Zealand. South Korea will take effect on February 1. It will be officially implemented from today, and four other ASEAN member states are stepping up the review process. After the RCEP comes into effect, it will become the largest free trade zone in the world so far. The official entry into force of RCEP will profoundly change the global trade landscape and have a huge impact on all of us.

What changes will it bring to our lives? Which industries will usher in new developments? Who will benefit from it? In this issue, I will help you in-depth interpretation from three levels: individual, industry, and country.

On a personal level
RCEP will improve our consumption and welfare levels, promote consumption upgrades, and everyone will get tangible benefits from it.

First of all, it will affect our shopping, the prices of imported goods will drop, and we will have more confidence in buying foreign goods. Between RCEP members, more than 90% of the trade in goods will eventually achieve zero tariffs, which will effectively reduce the cost of trade between countries, expand the scale of bilateral trade between RCEP countries, and provide consumers of member countries with real-world benefits. It’s a real positive, and it will be cheaper for us to import foreign goods in the future. In the past, the imported goods that you wanted to buy but were not willing to spend so much money on will be reduced in price in the future. For example, among the member countries of RCEP, South Korea and Japan are both important exporters of finished vehicles and parts in the world. Their automobile industry has a high level of development. After RCEP takes effect, imported automobiles and their parts from Japan and South Korea will be used for consumption. It brings benefits in terms of price. In addition, some high-tech products, as well as foreign foods that young people prefer, such as dairy products from New Zealand, fruits from Southeast Asian countries, etc., will enter the homes of ordinary Chinese people at cheaper prices, and everyone can spend less money After purchasing foreign goods, many young friends are expected to start the mode of overseas shopping and buying. 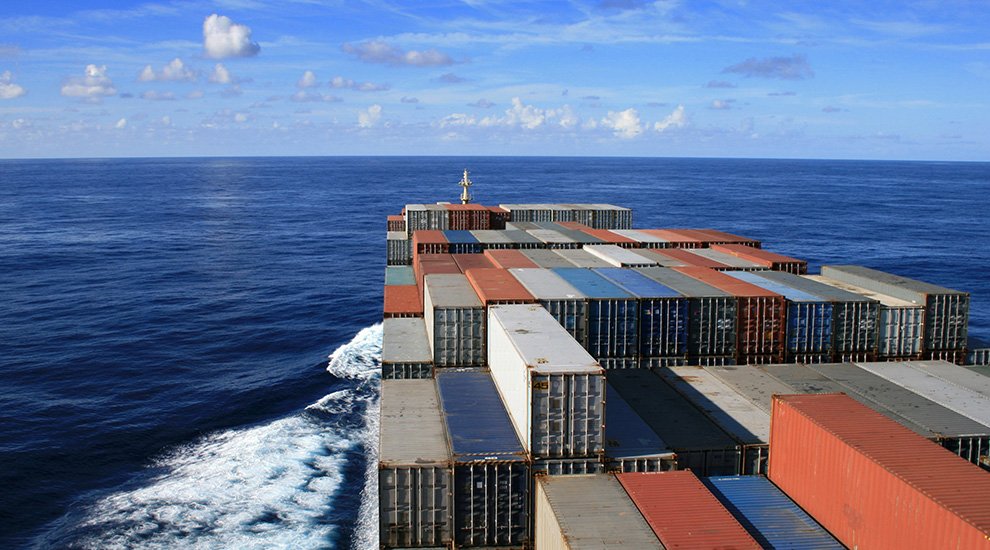 Second, significantly improve our shopping experience. After the launch of RCEP, the customs clearance process will be further simplified. After the goods arrive and the relevant information is submitted, they can generally be released within 48 hours, while fresh and perishable products can be released within 6 hours, which can not only significantly reduce the logistics of trade in goods Costs and storage costs, and our shopping experience will also be significantly improved. In the past, when buying foreign goods online, it took a long time to clear customs, and sometimes it took at least a week. This problem will no longer exist in the future, and the customs clearance time will be greatly shortened. Everyone’s favorite products will be in your hands soon.

In addition, from a longer-term perspective, various supporting policies and measures will be introduced by each member state in the future. RCEP is not only a trade agreement, but also supporting preferential measures in related fields such as visas, tourism, and consumption will definitely be gradually introduced. For example, RCEP stipulates the visa-on-arrival and visa-free policies among member states. In the post-epidemic era, it is conducive to the development of transnational tourism, and future regional connections will be closer. Not only that, driven by RCEP, China’s economic development will inject a strong impetus, and it can help the rapid recovery of the regional and even global economy after the epidemic, and there will be more opportunities for development, and the benefits that everyone can enjoy will also be will be more.

From an industry and enterprise level
RCEP will have a profound impact on my country’s industrial structure. Which industries and enterprises can gain substantial benefits from it?

The first is the labor-intensive light industry sector. Such as electromechanical, textile, clothing, food manufacturing, rice processing and leather products. The increase in the total output of these industries will be more obvious. The main reason for the increase in the output of the textile industry is the effect of local demand. The main reason is from the export effect. Since these industries are labor-intensive industries and industries with comparative advantages in my country, the establishment of RCEP breaks the trade barriers between member states and is conducive to improving the competitiveness of these advantageous industries in the international market.

First, after the implementation, the preferential tax policy will effectively reduce the tax burden of cross-border e-commerce export business, which will further improve the price advantage of my country’s export products and attract consumers to buy.

Second, the simplification of customs clearance procedures for goods will greatly improve customs clearance efficiency, help cross-border e-commerce companies to free themselves from traffic and low-price competition, and shift their focus to brand and corporate reputation, thereby increasing customer stickiness and loyalty. So as to move towards sustainable development.

Fourth, the flow of factors, commodities, and technical cooperation among member states will be more convenient, which will help maximize the release of market potential in the region and bring historic opportunities for the development of cross-border e-commerce in my country. 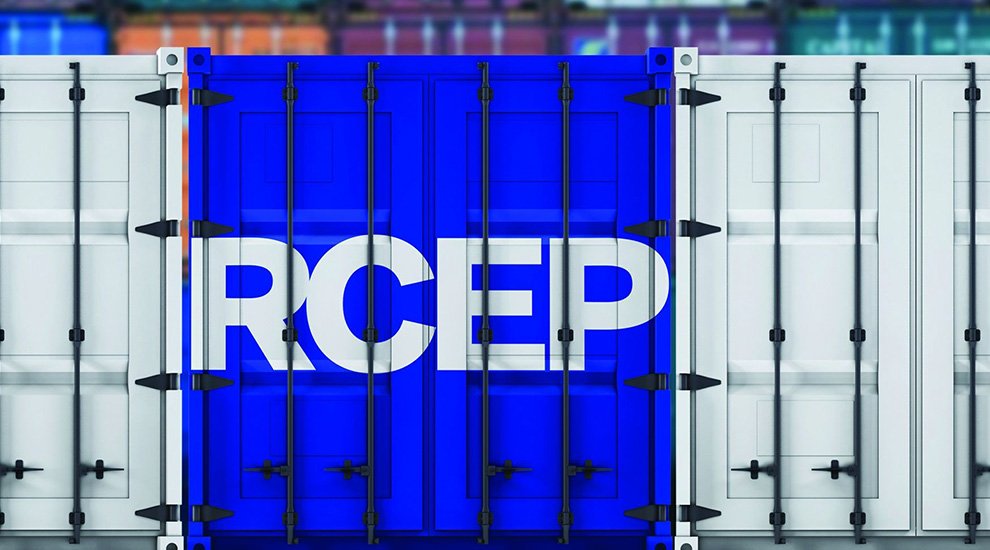 Of course, RCEP is an opportunity for some industries, and it also means that some industries will encounter challenges or even impacts. For example, the output of my country’s auto parts industry may decline because of this. For another example, some agricultural and animal husbandry products, livestock meat and their processing industries will also have an impact, and the output of these industries will likely decline. Friends who are engaged in agricultural production should all know that the most critical factor in the agricultural field is price. In the field of production of agricultural, animal husbandry and livestock meat products, there are still many small workshops in my country, while foreign countries are more large-scale production. For example, in New Zealand in RCEP, their agricultural products have more advantages in price and quality. After the tariff reduction, consumers will be more inclined to buy from abroad. affected, and even had to reduce production.

At the national level
The benefits are even more. RCEP will further enhance the potential of my country’s economic growth and improve my country’s international status.

First, RCEP will significantly promote the growth of my country’s foreign trade. We all know that the main driving force of a country’s economic development comes from investment, consumption and exports, which is what we often call the “troika”. RCEP is a trade agreement, although its impact is multi-faceted, involving consumption , industry and many other fields, but the primary impact is foreign trade. The signing of RCEP will play a driving role in enhancing the economic and industrial recovery of various countries after the epidemic, as well as long-term prosperity and development. The reduction of tariffs will make international trade between member countries smoother, and the total amount of international trade will gradually increase. It can also strengthen the relationship between countries. The economic ties between China and China can provide sustained growth momentum for China’s foreign trade.

At present, the global industrial division of labor system is constantly deepening and refining. RCEP member countries include both developed and developing countries, as well as underdeveloped countries. The implementation of RCEP will promote the transfer of industries and factors among member countries. It is helpful for members to carry out professional division of labor according to their comparative advantages, re-match and build value chains. There are many projects with comparative advantages in our country, which play an important central role.

For example, compared with ASEAN countries, we occupy a dominant position in textiles, steel, mineral mining, energy development, machinery manufacturing, infrastructure construction, electronic appliances, and military industries. The ten ASEAN countries have countries that our country can rely on and need to import. For example, Singapore has advanced technology and developed financial market, and has advantageous industries such as oil refining, petrochemical, shipbuilding, electronic appliances, etc. Indonesia, Myanmar, Thailand, etc. have tourism, food, agricultural raw materials, sugar, paper, etc. Printing and dyeing, oil and gas minerals and other advantageous industries. Under the framework of the RCEP agreement, bilateral trade can achieve mutual benefit and competition, and help maximize long-term profits.